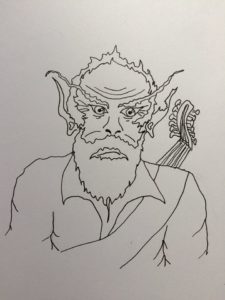 Stilgar as he sees himself

Stilgar Shadowblade is an old, grizzled rogue who has lost some of the poise and grace that his elven kin are usually known for. He became an outcast from his elven city in his youth after an unspoken incident involving some halflings, a pig, two ‘exotic’ dancers and a large barrel of honey mead.
He took to the life of a drifter, chancing his luck, until he fell in with the party who have become his companions. Through their actions, he now hopes to revive his ailing fortunes, though he is not above swiping the odd, shiny trinket to make a quick coin or two. 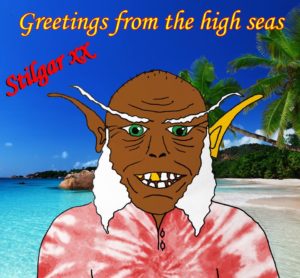